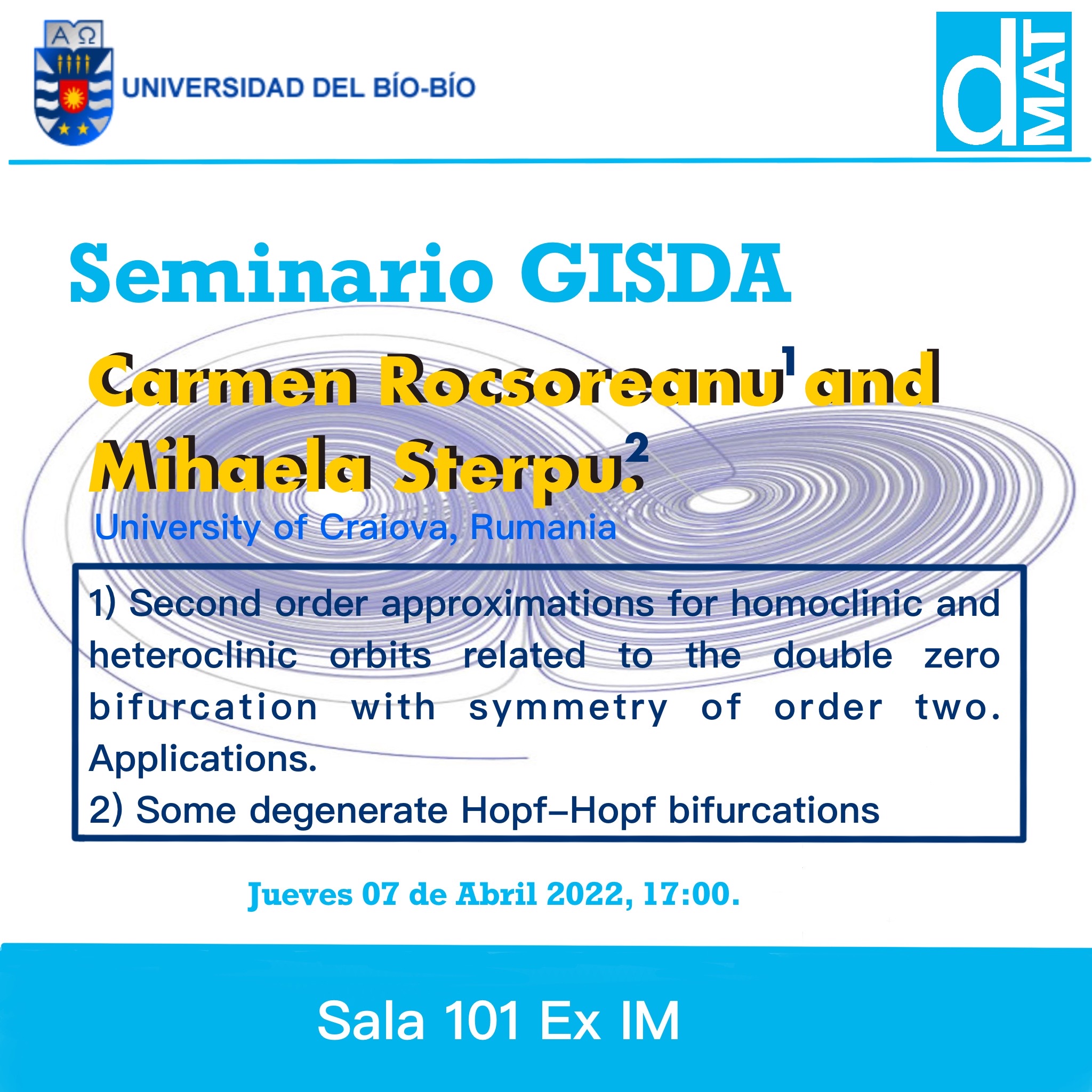 1 Second order approximations for homoclinic and heteroclinic orbits related to the double zero bifurcation with symmetry of order two. Applications

1 The two-dimensional system of differential equations corresponding to the normal form of the double-zero bifurcation with symmetry of order two is considered. This is a codimension two bifurcation. The associated dynamical system exhibits, among others, either a homoclinic bifurcation, or a heteroclinic one. In our study,
using a blow-up transformation and a perturbation method, we obtain second order approximations both for the curve of parametric values of homoclinic/heteroclinic bifurcation and for the homoclinic/heteroclinic orbits. Applications of our results for a Lienard equation are presented. Some numerical simulations illustrating the accuracy of the results are also performed.
2 The generic double-Hopf bifurcation is presented in detail in literature in textbooks like Y. Kuznetsov, Elements of applied bifurcation theory, Springer, New York, 2004 S.N. Chow, C. Li, D. Wang, Normal forms and bifurcation of planar vector elds, Cambridge University Press, Cambridge and New York, 1994. We completed the study of the double-Hopf bifurcation with some degenerate (or nongeneric) cases. In each case one of the generic conditions is not satised. The normal form and the corresponding bifurcation diagrams in each case were obtained. New possibilities of behaviour which do not appear in the generic case were found.